Six Years In: Living With Lot Among The Sodomites 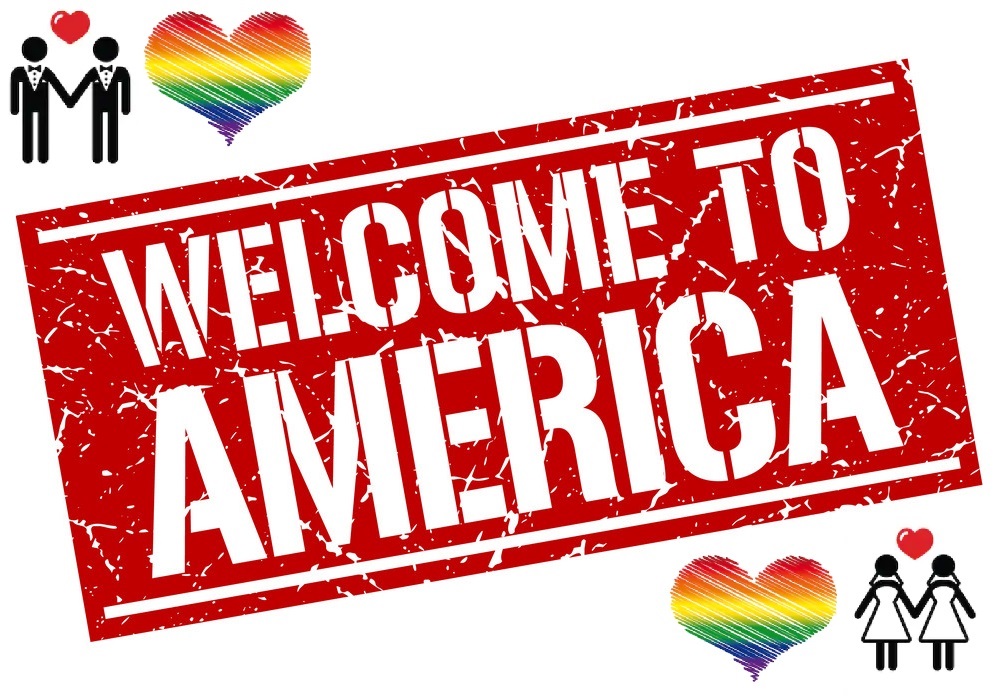 It was June 27, 2013. Over six years ago I wrote my thoughts down about my first day of living in a Sodomite Nation. Many of us by now may have forgotten that before the decision of Obergefell v. Hodges on June 26, 2015, there was the Supreme Court’s decision to strike down the Defense of Marriage Act (DOMA) and to uphold the lower court that declared California’s Ban on Same-Sex “marriage” (Proposition 8) to be unconstitutional. This happened on June 26, 2013. Therefore June 27, 2013, became the first official day that my entire nation would begin affirming and recognizing Same-Sex “marriage” on the Federal (national) level. It was the first day that law makers and defenders knew that State laws banning Same-Sex “marriage” would be struck down, ultimately leading to the inevitable events of the Obergefell decision two years later on that exact same day in 2015.

Now it is 2019 and this week many of us found out that Chick-fil-A’s 2020 charity foundation priority would be dropping support for all charities that had been labeled as “anti-LGBTQ” by activist organizations and would, instead, focus their support on only three charities rather than three hundred. But why is this significant you will ask in few years? Well, for anyone unfamiliar with Chick-fil-A’s storied history with the “gay marriage” debate, they were one of the last, major, American businesses to have “taken it on the chin” for supporting any groups who were opposed to the LGBTQ right agenda in the Western world. They had been banned from airports, they had their first store to open in the UK shut down after activists successfully protested during the location’s trial lease period, and I could go on. What once was simply the request to “marry” has now become the cancellation of more and more opportunities for any individual or business who will not celebrate and promote the LGBTQ way of life.

Make no mistakes. This is a war. The very soul of our own nation and all those within her is being fought state to state, business to business, person to person. This is not a neutral issue and it never will be. Just as “righteous Lot [was] greatly distressed by the sensual conduct of the wicked (as that righteous man lived among them day after day, he was tormenting his righteous soul over their lawless deeds that he saw and heard)” (2 Peter 2:7-8, ESV), we likewise who love Jesus feel the same distress and torment as our governments and businesses and families and friends corrupt themselves through greed and the abominable celebrations of the LGBTQ agenda. If you ever wondered how Lot must have felt, you are certainly able to empathize with him today in 2019 America.

Now, as I write this, I still leave room for Chick-fil-A to officially announce that they are not making any of these decisions on the basis of the activists and governments that have shut them out. But failing to gain any information from them, we all know how to add two and two together. As one Christian, cultural commentator noted on social media… when a company like Chick-fil-A states that they will be focusing on homelessness and they cut charitable giving to the Salvation Army for 2020, the LGBTQ activists get to run a victory lap for their bullying and aggression until Chick-fil-A either tells them to stop it or hands them some money to take victory photos at the headquarters. When a business like Chick-fil-A determines that they don’t need to publicly state that they have been wrongly labeled a hate group and, instead, tacitly offers those labeling them a hate group a public victory, the fight is either over or someone is really confused about the terms of the fight. It is similar to those politicians who said they were against “gay marriage” but, when asked personally, said that if a relative was having a same-sex “marriage” they would attend it rather than oppose it. The public fight is over once you are personally done with resisting it.

When a person, business, or government is no longer able to say that public wickedness, such as sodomy and other abominations, actually distress and torment their souls… the fight is over and they will just as soon join in the revelry as they would have spoken against it days before. Christians living in the Sodomite nation of America have to guard all of their life – from their personal liberties to their business and public affirmations and denials. As the satire website The Babylon Bee pointed out, the LGBTQ activists won’t leave Chick-fil-A alone until they give their entire company soul to celebrating and promoting every demand of the LGBTQ agenda. And while Christians will continue to enjoy the good food provided in their neighborhood Chick-fil-A, they must never let that food poison their conviction and their disgust of those who would openly revel in wickedness and promote abominations in their society and the world at large.

“But you, beloved, building yourselves up in your most holy faith and praying in the Holy Spirit, keep yourselves in the love of God, waiting for the mercy of our Lord Jesus Christ that leads to eternal life. And have mercy on those who doubt; save others by snatching them out of the fire; to others show mercy with fear, hating even the garment stained by the flesh.” (Jude 20-23, ESV) Jesus’ brother, Jude, calls us to build ourselves up in our most holy Faith, praying in the Holy Spirit, always being prepared to show God’s mercy to those trapped in sexual sin as we preach the Gospel, while at the same time fearing God and hating the very garments stained by their sexual acts as they corrupt themselves in abominations. Why, you will ask? It is because once we stop fearing God or stop hating the abominations that God hates, none of us will last long when the sexual revolutionaries come to your business or your home and demand your compliance, and celebration, and cohabitation with their deeds. As Christians called to defend our most holy Faith, don’t give up the fight as others are doing and always be ready to give an answer for your hope in Jesus, even if you are living like Lot lived among the Sodomites.

Update 1: GLAAD says Chick-fil-A donation shift not enough – “In addition to refraining from financially supporting anti-LGBTQ organizations, Chick-Fil-A still lacks policies to ensure safe workplaces for LGBTQ employees and should unequivocally speak out against the anti-LGBTQ reputation that their brand represents.”

Update 2: Chick-fil-A denies capitulating to LGBT activists – “Our goal is to donate to the most effective organizations in the areas of education, homelessness and hunger. No organization will be excluded from future consideration – faith-based or non-faith based,” the spokesperson said, noting “I also wanted to add that Chick-fil-A will not be opening on Sundays.”

Update 3: The FAQ – Did the Chick-fil-A Foundation stop giving to those organizations because they were characterized as being “anti-LGBTQ groups”? – “When there is a tension, we want to make sure we’re being clear,” Tassopoulos said. “We think this is going to be helpful.” The initial reactions, though, have shown that the company is certainly not “being clear.”

Update 5: Chick-fil-A and This Present World – “But this much I know: seven years ago Dan Cathy predicted “I think we are inviting God’s judgment on our nation when we shake our fist at him and say, ‘We know better than you as to what constitutes a marriage.’ And I pray God’s mercy on our generation that has such a prideful, arrogant attitude to think that we have the audacity to define what marriage is about.” Considering the moral boldness of that statement, compared to the moral wobbliness of that same company’s recent decision and the confusion it will surely create.”

Update 6: Chick-fil-A Sold Its Soul For Canadian Foothold – “One clue to a Chick-fil-A’s new direction was hiring Navigator, a powerful, international lobbying firm, as part of its expansion in Canada. Navigator, which has a Toronto office, is the ‘number one gay lobbying firm’ in Canada.”